Home » Ireland & the Irish » Sport in Ireland » Rugby in Ireland 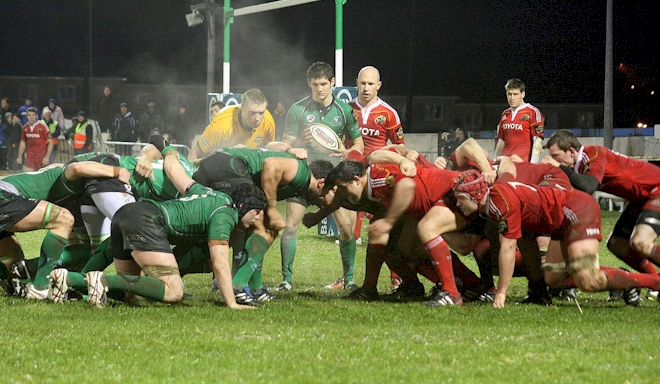 Rugby has been played in Ireland since at least 1854 when the first club, at Trinity College in Dublin, was established. The governing body, the Irish Rugby Football Union (IRFU), was formed in 1874. 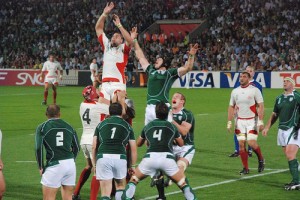 Ireland vs Georgia, by M+MD

For most if its history in Ireland rugby was a totally amateur game, but since 1999 it is an ‘open’ game, with both amateur and professional teams playing.

The large professional teams in Ireland, essentially one in each of the provinces Munster, Leinster, Ulster and Connaught, primarily concentrate on the Heineken Cup and the Magners League, which are European competitions, rather than on competitions within Ireland.

Rugby Union is a 32 county game, with players from both Northern Ireland and the Republic of Ireland playing on the national side.

The main event in the annual Rugby Calendar is the 6 Nations Championships held each Spring between Ireland, England, Scotland, Wales, France and Italy. Until 2000 and the arrival of Italy the competition was known as the 5 Nations.

Until the early part of this century, Ireland had a patchy history in this competition, winning the Grand Slam (beating all other teams) only once in 1948 and the Triple Crown (beating Scotland, England and Wales) on six occasions, the last being in 1985.

Since then, things have improved considerably and Ireland has performed well on the international stage, and currently stand 2nd, behind France, in the all time rankings for the 6 Nations. In this time the Triple Crown came to Ireland on four occasions (2004, 2006, 2007 and 2009) and the Grand Slam was finally achieved again, after a wait of 61 years, in 2009. 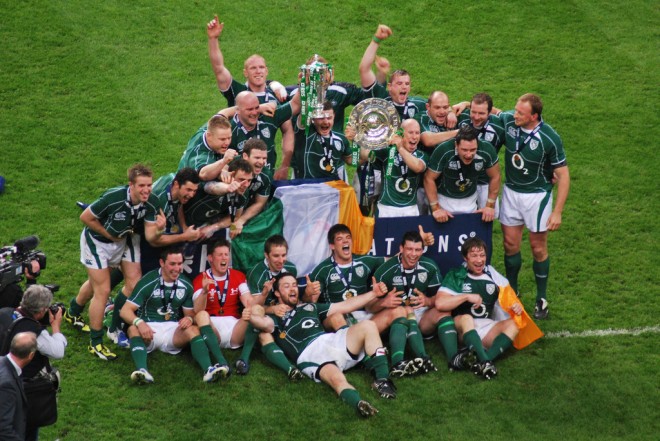 The record in the European Cup and League competitions is strong also. All the provincial teams – Leinster, Munster, Ulster and Connaught compete, and there is always an Irish team, sometimes more that one, involved in its final stages.

Munster regularly give their fans, “the red army” a wild and exciting ride and sending them on many long European treks in the process and have won the Heineken Cup on two occasions, in 2006 and 2008.

The devotion to this team in Limerick especially but throughout Munster and indeed the whole of Ireland, is the stuff of legends and it is said that the Munster player that opposing teams most fear is “the sixteenth man” – ie the crowd.

Until they broke though with a Heineken Cup win in 2009, Leinster had taken years of teasing from their Munster rivals, who were further silenced when Leinster again took the honours in 2011 and 2012.

In the 2011/2012 season Connaught joined the other provinces as they too qualified to play at the top level in Europe.

Ireland and the Rugby World Cup

Since its inauguration in 1987, the World Cup has not proved to be a very happy hunting ground for Irish rugby, and the team has never made it to the semi-final stage.

Hopes were very high that this would change in 2011 when Ireland, against the odds, convincingly beat Australia in the pool stages and went on to top their pool, reaching the quarter finals for the first time. Alas, the dream ended there when they were beaten by a superior Welsh side and once again went home early. 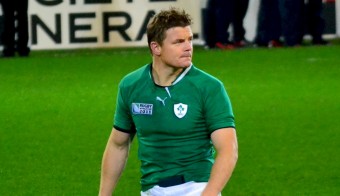 It is impossible now to talk about Irish rugby without mentioning Brian O’Driscoll.

If you were to pick out one man who has been at the heart of the successes of Irish rugby in the last decade, BOD would have to be that man. The hero of too many games to count, including numerous Leinster victories in the Heineken Cup and the Irish Grand Slam win in 2009, his talent and legendary hard work on the field and grace off it made him a hero not just to rugby fans but to the entire nation.

Widely regarded as one of the greatest players ever to take to a rugby field, he was lauded not just at home but in every country where rugby is played, and indeed beyond that.

His retirement from the game in 2014 may not mark the end of an era, but it is certainly the end of a very special time for Irish rugby fans. His presence helped make the game more popular than ever and brought a generation of young players into it, so his legacy may be just as important for the game as his playing days were.

Here’s highlights of his last game for Ireland, a happy occasion:

Shrugging off The Elitist Image

So it was often said and rugby was, and sometimes still is, considered an elitist game for all its tough image. There is a certain truth in the accusation, in that most of the schools where rugby is played are fee-paying private schools and the tradition of playing and following rugby is strongest among those in white collar jobs.

It is a generalisation though and players from all walks of life are involved in rugby to-day. In Ireland’s rugby heartland, Limerick, just about everyone follows the game and it never had the elitist connotations there that it may have had elsewhere.

The game has also had something of a macho image, but in recent years there has been a growth in the popularity of the ladies game and a gay men’s’ rugby team has been established in Dublin.

What’s the difference between Rugby Union and Rugby League? Rugby League has the same roots, but broke away from Union in the late 1800’s and until the 1990’s Union was an amateur game while League was professional, but of course that has now changed.

Until the late 1980’s Rugby League was not really played in Ireland but it is becoming more popular and has a very active governing body, Rugby League Ireland.

Have you something to add about "Rugby in Ireland"?