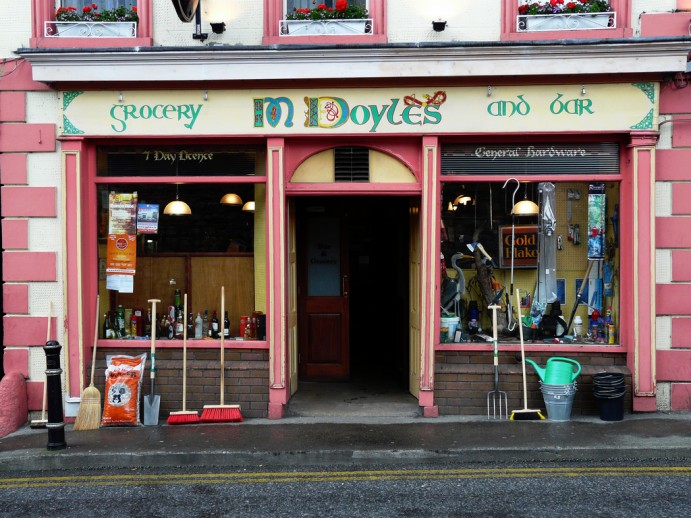 The Vikings were in Ireland for relatively short time, but they left a considerable legacy of names behind. Some, such as MacAuliffe (Son of Olaf) and MacManus (Son of Magnus) are quite common, though the latter at least are not all of Viking stock.

Some names from this time are descriptive, so that Doyle is an Anglicisation of Ó Dubhghaill, which means “son of the dark (or evil) foreigner”. That would about sum up how the Vikings in general were widely seen, but the particular foreigner in question may well be DubhGilla (again meaning dark foreigner), a Viking who was King of Idrone, in present day County Carlow, around 851 AD.

Obviously someone took to this evil incomer, because he has tens of thousands of descendants in Ireland today!

The most famous bearer of the Doyle name is probably the 1950’s Irish-American boxer, Jack Doyle, also known as the “Gorgeous Gael”.

It has been widely assumed that the contribution of Vikings to Irish surnames was relatively small, with just a few surviving names as their entire legacy. However some experts in the area now believe it may have been much greater than that.

The use of hereditary surnames developed quite a bit earlier in Ireland than in other European countries, and they came into widespread use quite abrubtly during a time when the Vikings ruled over much of the country. Was this a coincidence, or are these facts linked in some way? Research in this area is ongoing and much warranted.