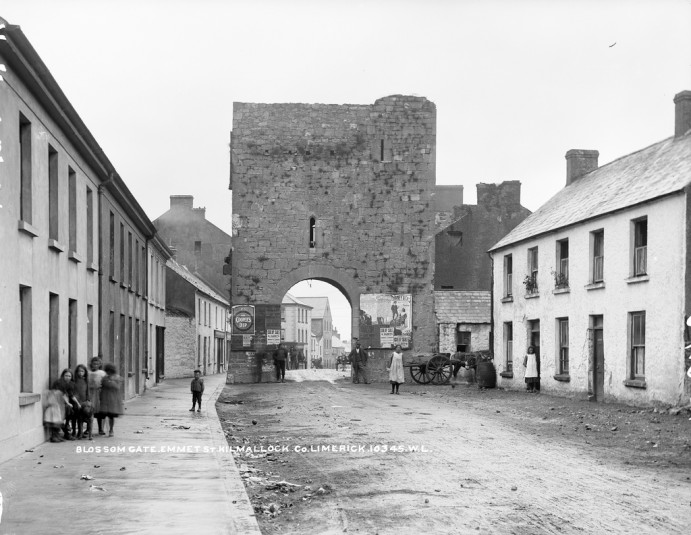 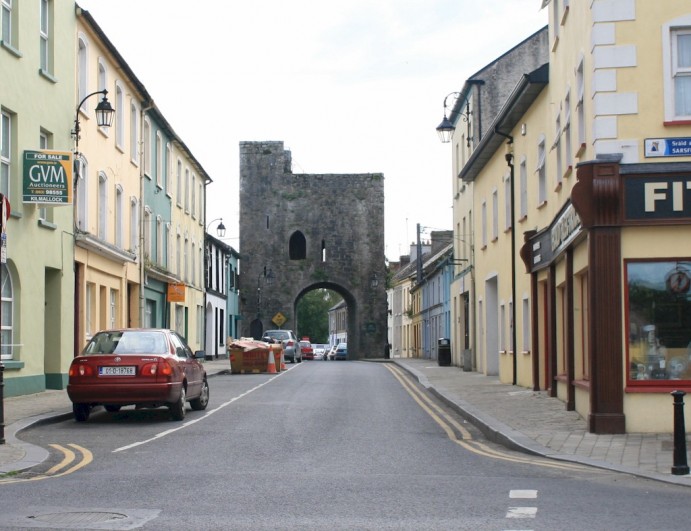 Walled towns were a feature of Medieval Ireland but, sadly, none now have walls that remain intact. However you will quite often encounter remainders of the old walls, often in the form of a gate or arch apparently randomly dropped into a street somewhere.

Such is the wonderfully named Blossom Gate in the Co Limerick town of Kilmallock, the only remaining of five gates that were originally part of its Medieval wall.

I’ve no idea what the origin of its name is and have not been able to find out online. So if you know anything about this I’d love to hear it.

While the images above are taken from opposite sites of the gate, it’s clear that it’s much the same now as it was then, with some differences. Once a popular place for pasting up advertising this is not now allowed. Also it’s far rarer these days to see groups of young children out playing on the street – for obvious reasons. Road surfaces have improved a bit too, and modes of transport changed.

Have you something to add about "Blossom Gate, Kilmallock"?