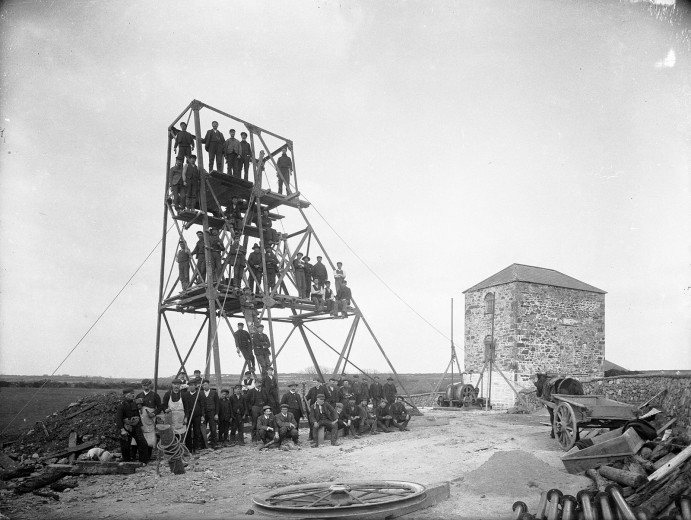 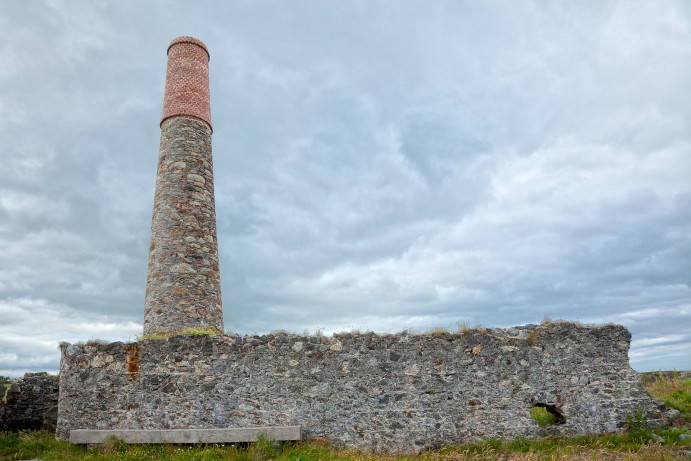 The Copper Coast, in County Waterford, is a 25km stretch of coastline named for its brief historic mining industry.

Copper mining reached its peak around in the area around Bunmahon in the mid 19th century when two major mines were worked by the Mining Company of Ireland.

The first, at Knockmahon reached peak production in 1840 when it was described as ‘the most important mining district in the empire’. It was soon unprofitable however, as the more easily reached copper was exhausted and reaching more would require digging more than an quarter of a mile deep and under the sea.

Knockmahon was abandoned and activity moved to nearby Tankardstown in the 1850s. Here mining thrived for a time but fluctuating and eventually just declining copper prices made it nonviable and the mine closed in 1879.

While conditions for workers in 19th century mining were harsh and the work dangerous, the period when the mines had highest employment – more than 2000 men – coincided with the years of the famine. So it’s easy to see how such a job would be greatly prized. When it all ended the Copper Coast miners mostly took their expertise and their families abroad, many to Copper Mountain in Butte, Montana and to mining areas in Wyoming.

The picture at the top is of a group of men on a cage during an abortive effort to revive the mine in 1906. Below that is pretty much all that remains today of the mine at Tankardstown.

Nowadays you can walk along a guided and signposted trail through the remains of the old mines. It’s a beautiful walk along a lovely stretch of coast even if you are not interested in the mines.

Have you something to add about "Copper Mining"?