Home » Ireland & the Irish » Then & Now » Elephants at Dublin Zoo 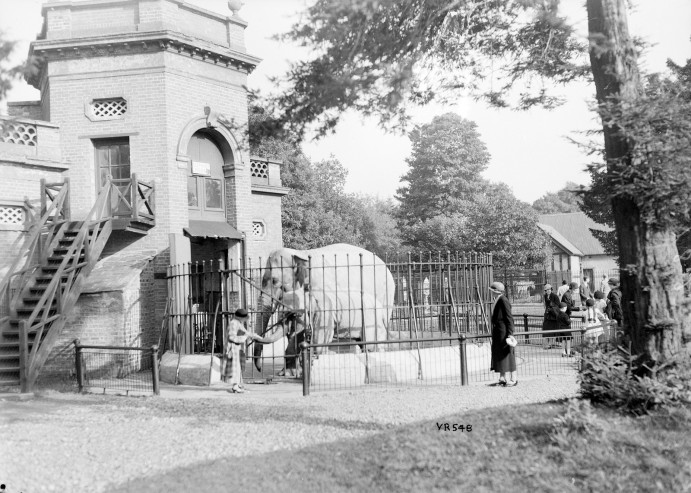 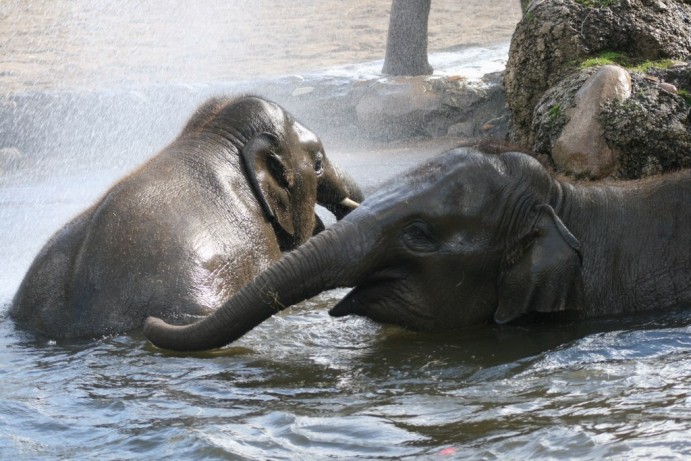 Keeping animals in zoos at all is a somewhat controversial topic, but I don’t think anyone can deny that the elephants in the bottom picture and having by far the better time of it.

Presumably the older enclosure was intended to replicate the style of building in India, but I doubt the elephants cared much about that and they spent what were almost certainly miserable lives in a small confined concrete floored enclosure.

All that is now swept away and the current mini herd of 7 elephants, including three babies born in 2014, live in a large open compound with pools, waterfalls and rock formations surrounded by trees and bamboo. And mud, a lot of mud, churned up as the move freely through their little world.

They are all Asian elephants, endangered in their native habitat where numbers have more than halved over the last century. Dublin Zoo has been involved in wild elephant conservation since 2007 and in particular with the development of ‘Elephant Corridors’, one of the most important solutions in arresting population decline in their native habitat.

Genealogy Software: Do you need it?

You don't absolutely need any special software, but having an easy method of …

Have you something to add about "Elephants at Dublin Zoo"?