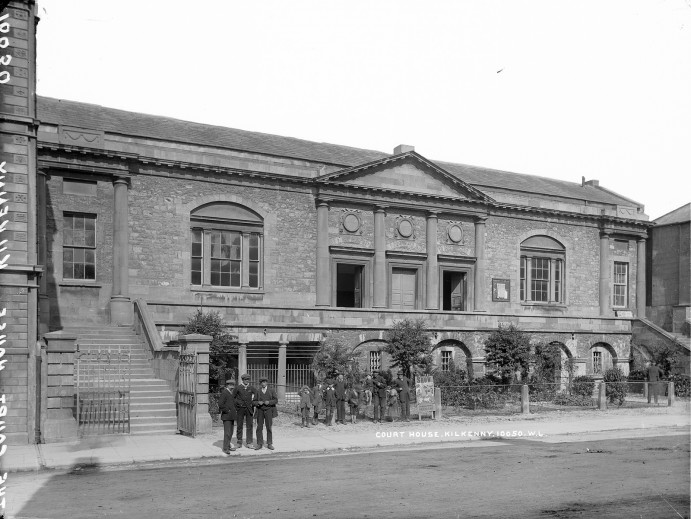 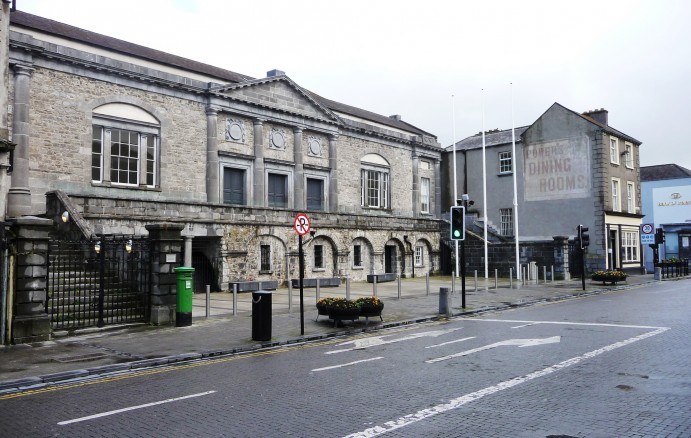 Not a huge difference here at first glance. This is the case with many older public buildings in Ireland though in fact their use and their interiors have often evolved considerably over the years. Many are inextricably linked with Ireland’s Norman families.

This courthouse recently had a 3000 sq metre extension added to the rear, with modern facilities and additional courtrooms added.

The courthouse was originally built over and around Grace’s Castle, which was built by a wealthy family the early 13th century. Old habits die hard in Kilkenny and even how it is sometimes referred to locally as Grace’s Castle or Grace’s Courthouse. It remained a private residence until it was leased to the state in 1566 by James Grace, who at the time held the position of Governer of Ireland.

It has been part of the justice system ever since, with its exact function changing over the years. For about 200 years it was used by the state as a goal, and during the renovations there were several interesting findings relating to this time, among them remains of prisoners executed at the goal. It first became a courthouse in 1792.

The Grace family were of Norman (le Gros) origin and came to Ireland first in around 1220. They were active in the affairs of the city and county from the start.  In the late 1400s Baron Oliver Grace of Tullaroan was Keeper of the Peace in Co. Kilkenny, while in 1834 William Grace became mayor of Kilkenny. Two members of the family were abbots at Jerpoint Abbey.

They primarily lived at Courtstown Castle in Tullaroan, about 10 miles from the city, on extensive farmlands and the courthouse would have been their townhouse.

Many of their descendants live in and around Kilkenny still. Grace is a relatively common name locally, 513 people with the surname were recorded in the county in the 1911 census and there are certainly as many today.

Ireland & the IrishIreland Then & Now Kilkenny

A list of Irish surnames beginning with the letters K and L, from Kavanagh to …

Have you something to add about "Kilkenny Courthouse"?