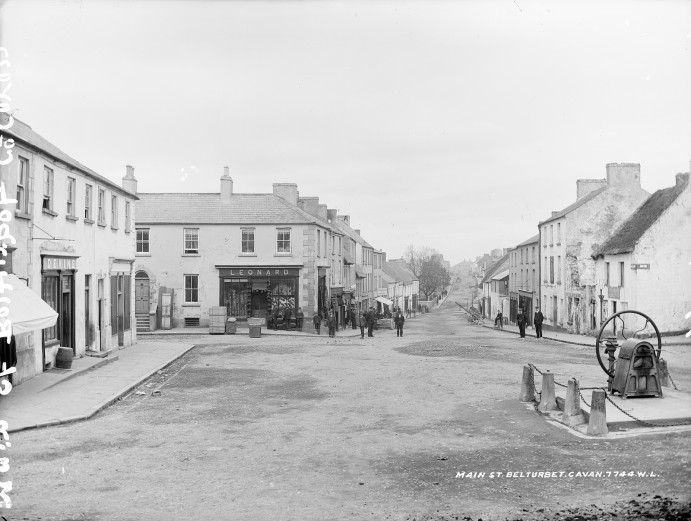 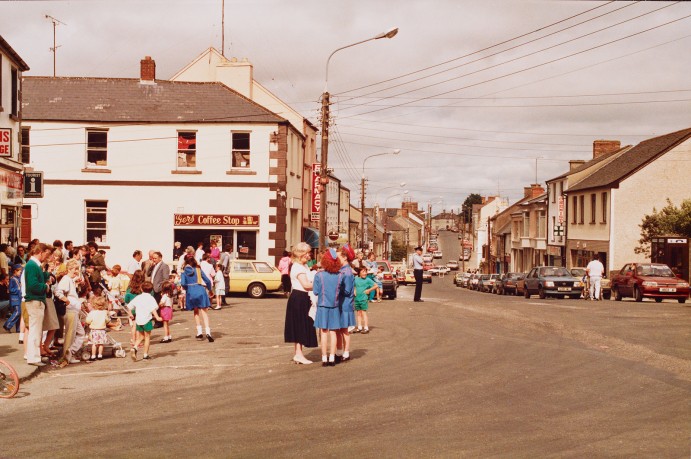 This is really a then, and then, and now. If you drop down into Streetview at the marker in the map below, you are standing at the same spot in 2012.

The changes in Belturbet are pretty typical of the kind of change seen in Irish towns over the last century or so. In some ways not much has changed, most buildings are still there and still similar looking and often even have similar functions. For example the building at the top left was a grocery store in 1889,  a coffee shop in 1990 and is still a cafe today, the Post Office is still on the left.

There are some buildings replaced, but mostly main streets of towns look similar enough that a time traveller returning from 100 years ago would find familiar landmarks fairly easily.

This isn’t to say that there has not been developments in such towns – there has. Grocery shopping today is more likely to be done primarily in a Tesco or a Lidl than in a small main street shop, but these are built at the outskirts of towns. This is probably inevitable, but it’s not without it’s downsides. You’ll see more than a few boarded up or empty shops on main streets now, victims of the reduction in numbers who come to the town centre to shop.

There is no doubt that land division in Ireland is complicated.

Have you something to add about "Main St, Belturbet"?