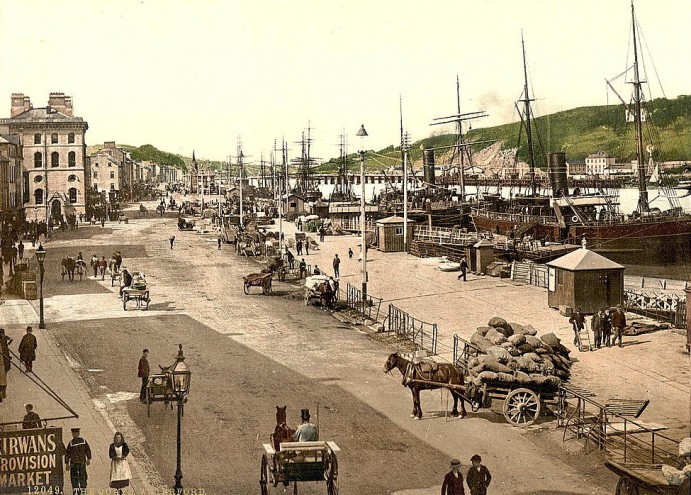 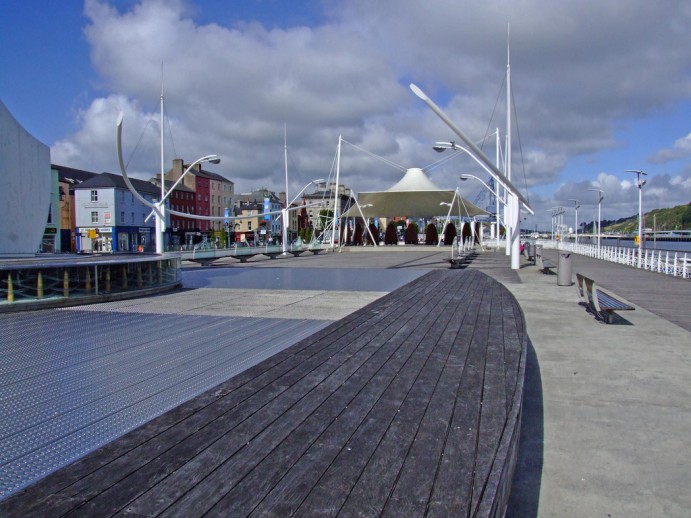 Waterford has a long maritime history – it was founded as a port by the Vikings in the 10th century and its long quayfront has always been central to the life of the city. Life on the Quays however has changed completely over the last century.

Once it was a bustling commercial quay, with ships landing cargo to be taken away by horse and cart and in turn being filled with local produce for export, including of course the crystal for which the city is famous. Regular sailings took goods and people not just to Europe, the West Indies and the Americas  – notably to New Foundland – but up the coast to Dublin and Belfast. There was a thriving ship-building trade and the commercial life of Waterford was centered around activity there.

Nowadays, while there is still commercial shipping, much of the quay area is about leisure and amenity.

Paved walkways, seating and open areas where there is often entertainment have made it a very pleasant place to stroll and it is the venue for much of the activity in the city’s many annual festivals. Notably it has seen the Tall Ships race stop at Waterford on a couple of occasions. The city is also increasing in popularity as a destination for Cruise Ships.

Ireland & the IrishIreland Then & Now
Tracing Your Irish Roots

Have you something to add about "The Quays, Waterford"?