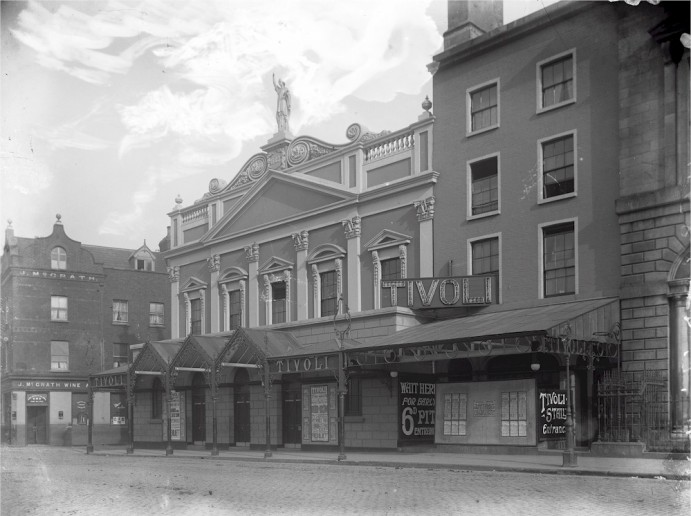 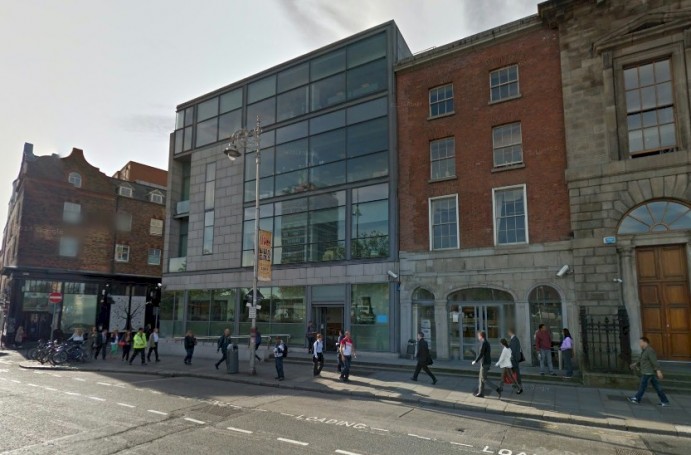 The Tivoli Theatre is just one of many theatres that flourished in Dublin but are now sadly gone. A modern theatre with the same name in Francis St is unrelated.

The building has a fascinating history. It was originally built in 1841 as the Conciliation Hall, headquarters of the Repeal Association, set up by Daniel O’Connell to work for the repeal of the union between Great Britain and Ireland.

When Danial O’Connell died, in 1847, the association pretty much died with him and the building was used for a time as a grain store before reopening as the Grand Lyric Hall in 1897. Later known as the Lyric Theatre of Varieties it staged, as the name suggests, variety shows. In 1901 the Tivoli became one of Dublin’s early cinemas when it underwent renovation and began to show movies as part of the evening’s entertainment.

It closed in 1930 when the building was bought by the Irish Press newspaper group. It served as headquarters for the newspapers until they closed in 1995.

Looking at the street now it is hard to say it was improved by the modern office building that stands in place of the old Theatre. It houses government offices, primarily the Irish Naturisation and Immigration Service.

The granite facade just seen on the right of the images is the Corn Exchange, built in 1815. At that time ships bearing corn could navigate this far up the River Liffey and the building was home to corn traders, who sat at tables in a great hall examining and pricing samples of grain. Behind the facade there is now a modern apartment development.

On the left the red brick building on the corner has lost the balls that once topped its curve-topped facade. It’s a pity, they look kind of unfinished now.

Ireland & the IrishIreland Then & Now Dublin

Have you something to add about "Tivoli Theatre"?