Home » What to do » Walking » Turas Cholmcille

Glencolmcille is an area of outstanding beauty and a sheer pleasure for walkers. There is added interest in walking here because of the standing stones, souterrains and other megalithic remains that are passed along the route.

The place and the pilgrimage are both named for St. Colm Cille, a sixth-century missionary who founded a monastic centre here. He is said to have made the same journey in prayer and fasting, and while there have been some interruptions when religious practices such as this were frowned upon or even banned, the Turus has been followed by pilgrims ever since. It is the oldest such pilgrimage in Ireland.

Nowadays the annual pilgrimage takes place on June 9th, St Colm Cille’s feast day, with the earliest pilgrims setting off just after midnight and a steady stream following throughout the day. Though there will be more people here on this day than at other times, it is the best time to walk the ‘Turas’ (or journey) as private landowners open access to their land on that day.

Many pilgrims walk barefoot, though this is not a requirement. The pilgrimage involves visiting 15 ‘stations’  –  ancient standing stones, cairns and wells – with a ritual performed and prayers recited at each. 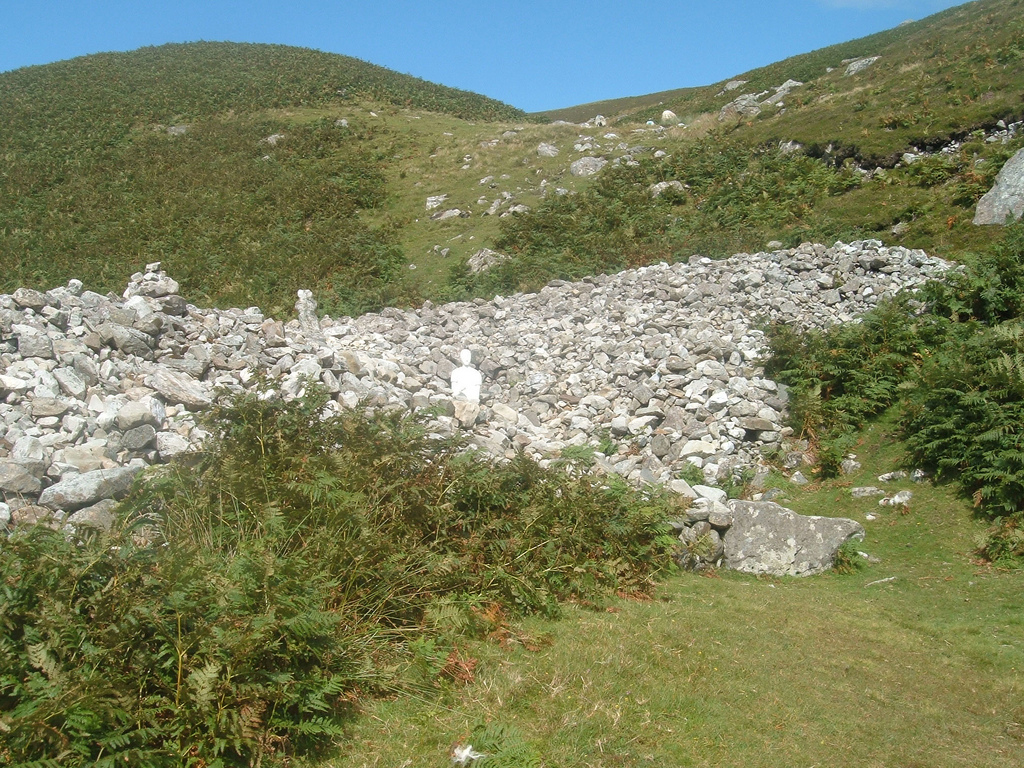 St Colm Cille, though locally venerated, was never in fact canonized by a pope. In theory then he is not an official saint at all. This hasn’t stopped him being a ‘popular’ saint and there are records that show he has been regarded as such since as early as the 8th century.

This isn’t a walk for the fainthearted, there are steep slopes, bogs and some parts that are very rough underfoot. In inclement weather – not exactly a rarity in Donegal – it can present particular difficulties.  On a good day it presents a moderate challenge. That said, it’s well worth the effort and regular hill walkers will be able to tackle it without too much trouble.

If following the exact pilgrimage route and stopping at each ‘station’, the walk take about 3 hours, but it can be completed in a shorter time.

Note that some of the route goes through private lands. You may not always have permission to enter these parts of the route. Whether on private land or not, keep dogs on a lead at all times – this is sheep country.

A less well known links golf course than many other in Ireland, The Island is a …

Have you something to add about "Turas Cholmcille"?