O’Bama and other Irish presidents 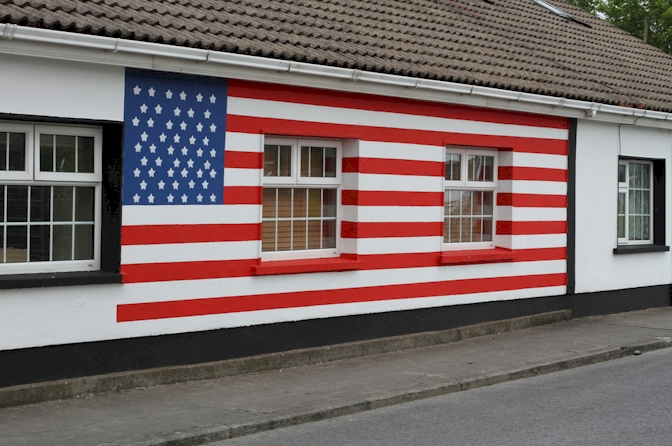 As soon as the race for a new US president starts, genealogists all over Ireland rush to be first to find Irish ancestors for the candidates. 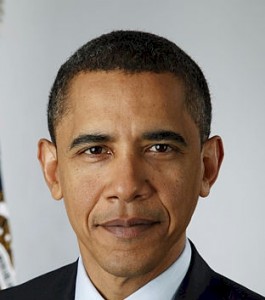 They must have thought the challenge greater than usual when Barack Obama emerged.

Still, it didn’t take them very long to root up a long forgotten Irish connection – with Moneygall in Co Offaly and the oddly named Falmouth Kearney, who emigrated in 1850 and whose direct descendant, Ann Fulham, was Obama’s mother.

Most of the US Presidents with Irish connections trace their ancestry to Scots Irish Presbyterians who emigrated in the 17th and 18th century from what is now Northern Ireland, mainly ending up in Southern states.They were not in the main fleeing poverty, but were seeking new opportunity.

Catholic Irish emigration started in earnest in the mid-19th century, around the time of the famine, and was mainly to Northern states. These emigrants were poor, many left reluctantly and their reason for leaving was to escape. They feature in the family history of  the Reagans and Kennedys.

Falmouth Kearney was a member of the Church of Ireland and  both he and his father were shoe-makers who came from a family of tradespeople. They are unlikely to have been poor, though were certainly not wealthy, and though he left Ireland with his parents and siblings during the famine years, would not have been among those badly affected by famine.

Given that so many presidents do have had an Irish connection, however distant or nebulous, it surprises me that no tour operator I know has dreamed up a themed ‘Presidential Tour of Ireland’, visiting locations with connections to the office. It  would take in pretty much all the country.

Moneygall, with the greatest respect to those who live there, has little to recommend it as a tourist destination, though since Obama’s visit to the village has become something of a must see for many US visitors. Lots of other places with presidential have more to offer. If you’d like to put together your own tour, here’s a list of US presidents with Irish connections and the locations associated with them. 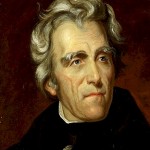 Both of his parents, Andrew Jackson and Elizabeth Hutchinson, were born in Carrickfergus in Co Antrim of Scottish Presbyterian stock.

The main thing to see here is the castle, one of the best Norman castles in Ireland, but the town is also a good base for touring north Antrim and for trips to the Giant’s Causeway and Dunluce Castle. 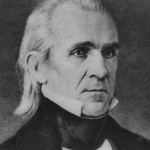 Another Scots-Irish president whose ancestors were actually called de Pollock. His great-grandfather William Polk, emigrated from Lifford in C0 Donegal to Pennsylvania some time in the mid 1600’s.

The ancestral home, Cavancor House, is open to the public and houses an art gallery and craft shop. The courthouse in the town is also well worth a visit. 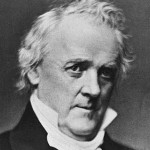 His father, also called James Buchanan, followed a similar route to William Polk, leaving Ramelton in Co Donegal for Pennsylvania where he died in 1821.

Ramelton is a really very pretty town and the beautiful old warehouses by the Swilly river are fascinating buildings which now house a good visitor centre and museum. 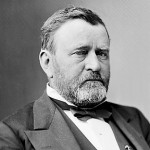 His maternal grandfather, John Simpson, came from Dergenagh, Co. Tyrone which is a small townsland outside Ballygawley near Dungannon.

His origins here were humble and the original family home is a small 2-roomed cottage which has now been restored to the way it would have been at the time he left. The small surrounding farm, which was owned by the Simpson family until the 1970s, now has a picnic area, walks and exhibitions of old farm machinery. 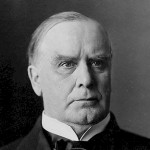 His ancestors on the paternal side were Scotch-Irish and his great-great-great-grandfather (some sources have just 2 greats, but I think the 3 is correct), David McKinlay emigrated from Dervock in Co. Antrim.

Dervock is a very small village with little to see, but the North Antrim area is a very beautiful part of Ireland, especially along the coast. 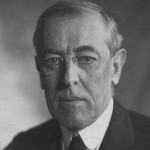 His paternal grandfather, James Wilson, emigrated to Philadelphia from Dergalt, near Strabane in Co Tyrone in 1807 at the age of 20.

This is a really lovely place at the foot of the Sperrin Mountains, and the original family homestead, another humble cottage, has been preserved and is open to visitors. Amazingly it is still owned by the Wilson family, who still work the farm around the old house. 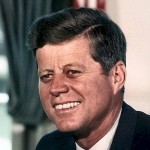 The Kennedy connections to Co Wexford are well known – his paternal great-grandfather Patrick Kennedy was born in Dunganstown and married Bridget Murphy from nearby Owenduff.

There are Kennedy roots elsewhere too, his maternal great-grandfather Thomas Fitzgerald was born in Bruff, Co Limerick and married Anna Cox, from Kinawley, Co Cavan.

There is a veritable Kennedy industry in Wexford, centered around New Ross and with the Kennedy Homestead in Dunganstown at its main attraction. 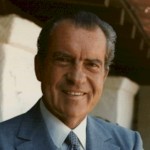 Though he is said to have been proud of his Irish heritage, it was somewhat distant. There are several Irish figures in his family tree, primarily his paternal ancestors Isacc Brown and James Moore who were both from around Ballymoney in Co Antrim and left for America during the late 1700s.

Thomas Milhous from Carrickfergus, also in Antrim, who left almost a century earlier also features and it’s quite impressive that his name was retained in the family for so long. As far as I am aware there are no particular places associated with his ancestors. 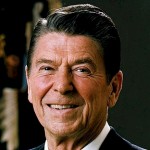 Reagan’s great-grandfather, Michael Reagan, left Ballyporeen in Co Tipperary for Canada around 1858, eventually moving on to America. His wife, Catherine Mulcahey, was also born in Ireland.

The tiny village of Ballyporeen (pop.less than 300) celebrated with a vengence when ‘one of their own’ became president of the US and when he visited in 1984 the event drew a crowd of several thousand. They built the Ronald Reagan Visitor Centre in his honour, but it never proved a big draw and the building is now the local community centre. 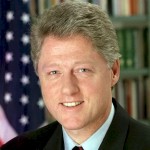 War almost broke out in Irish Genealogy circles over the ancestry of Bill Clinton. His great-grandmother, Hattie Hayes, was said to have Irish parents, and prior to his first visit to Ireland a ‘distant cousin’, Michael Cassidy from Kinawley in Co Fermanagh, was produced to much fanfare.

However there were never any hard facts unearthed to back up claims of Irish ancestry.

Nonetheless he continues to be a regular visitor to Ireland, mainly in a private capacity these days, and famously proclaimed on one visit “I feel more Irish everyday!” If anywhere in Ireland is associated with Bill Clinton now it is Adare Castle in Co Limerick, where the golf course is among his favourites. 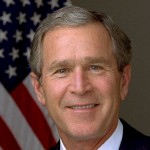 While you have to go way back to find the Bush Irish antecedents, they include such notable historic figures as Strongbow, Aoife, Dermot Mac Murrough and Brian Boru. Sounds impressive, but in reality pretty much everyone in Ireland and many millions of people around the world, could trace themselves back to one or other of these figures, all of whom lived in the very distant past.

This connection is nebulous at best.

And the closest Irish connection to the presidency?

While many of these presidents have happily used their Irish roots to good effect on the campaign trail, none of them can claim to have the closest Irish connection to the American presidency. 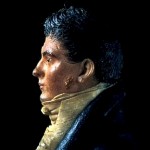 That honour falls to a man who never held any public office.

Every president since John Adams has enjoyed the benefit of this man’s work daily, every US citizen is familiar with it and most people around the world intantly recognise it.The man is the architect James Hoban (11), from Desart, near Callan, County Kilkenny, and his best known work is the White House.

If you are of a mind to build an Irish itinerary around the places associated with Irish Presidents, this map will help. You’ll be spending most of your time in the Northern part of Ireland, and both the Grant and (especially) the Wilson Homesteads are worth visiting.

More south, most of the places are within easy enough reach of each other. There are several other places associated with the Kennedy’s around New Ross, which would be the main focal point of a this part of the itinerary.

Renting a house or cottage, or an apartment in a city, is a good option if you …

The Dublin Pass: Is it worth it?

Ireland on a Budget / Where to Stay

Last minute deals on unsold 3 and 4 star hotel rooms in Ireland, discounted by …