Where (and What) to Eat in Ireland 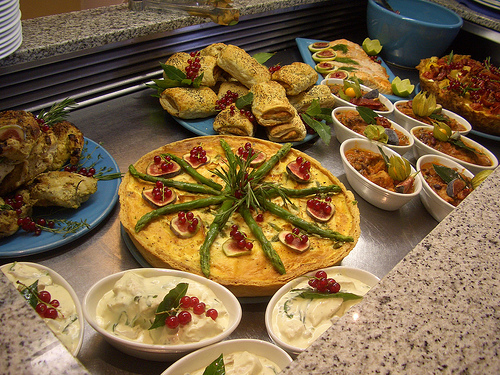 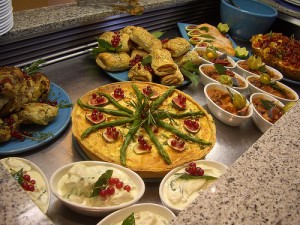 Lunch at the Avoca Cafe, by Catherine

For most people a visit to Ireland is not made in expectation of having great food, which means that a lot of visitors have a very pleasant surprise in store!

A new generation of Irish chefs, well travelled and influenced by cooking in all corners of the world, are using fresh locally grown ingredients in new and interesting ways, keeping the natural flavour and freshness to the fore.

Add to this a growing number of artisan food producers, a constantly widening network of farmer’s markets selling fresh local produce direct to the public and, of course, an increasingly affluent society who can afford to eat out more, and there is the basis of a very vibrant food scene.

DoChara Guides to Eating Out in Ireland

Our local  eating out guides are designed to be easily printed so that you can take them with you on your trip to Ireland. The idea behind them is that all anyone really needs in a strange city or town is a list of good places to choose from, places where local people eat, rather than ones designed to trap the unwary traveller.

For each location, we have recommended restaurants where you can eat well, no matter what your budget – from takeaways that have perfected ‘fish and chips’ (see below) to pubs serving a simple but excellent lunches to world class Michelin starred restaurants where dinner is an event.

There are only a few guides now, but more are in the pipeline. If you’ve particularly enjoyed any restaurant on your travels in Ireland, we’d love to hear about it.

Foods You Should Try in Ireland

“Battered Cod and a Single” 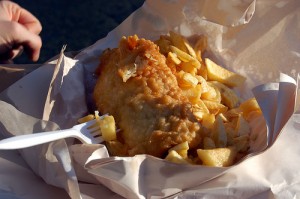 Burdocks Fish and Chips, by bjaglin

What on earth is that? It’s Ireland’s favourite take away food – deep fried fish with potato chips (fat French fries) liberally sprinked with vinegar and salt, served in paper bags.

At its best it’s a feast – the freshest of fish in a light crispy coat with chunky hand cut fries.

For some reason, probably to do with childhood memory, it tastes best when eaten near a beach, sitting outside on a wall with a salty wind coming in from the sea. At its worst it’s a soggy mess and sadly that isn’t uncommon – you need to pick your source carefully

In Dublin head for Leo Burdock’s, in Galway for McDonaghs. Elsewhere ask someone locally where the best ‘chipper’ is and they will put you on the right track. 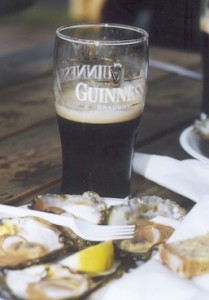 Preferably served with think buttered slices of home made brown soda bread. Yes, both are something of an acquired taste, but they are a match made in heaven, one of those occasions where a pairing is better than the sum of its parts.

These are Atlantic Oysters, more robust in flavour and much saltier than their Pacific cousins.

Of course you must be in Ireland when there is an ‘r’ in the month to get oysters in season. If you make it in September you can join in at one of two annual festivals held in celebration of the oyster, one in Galway city and the other in nearby Clarinbridge.

Isn’t that a blood pudding? Yes, it is, but don’t back away!

It may sound disgusting, but in recent time the humble black pudding, once seen only on breakfast plates, has become quite the gourmet item, appearing on smart restaurant menus all over the place.

It’s a weirdly good match for monkfish, while a popular Dublin restaurant, Locks,  had ‘Black Pudding and Apple Tart Tatin with Leeks’ on the menu a while back. Which I bet was gorgeous.

The king of black pudding is made in Clonakilty in Cork, hold out for this one, especially for your first sampling. I’d go as far as specifying to a B&B or hotel in advance your wish to try this particular pudding with breakfast. It’ll be no big deal for them, it’s available everywhere and inexpensive.

20 Great Places to Eat in Belfast

It may have had its problems in the past, but Belfast has long been a good place …

Three Days in Dublin with Kids

Dublin is a good city for kids, with lots of attractions they will enjoy and …

20 Recommended Places to Eat in Cork

A Walk around James Joyce’s Dublin