Home » DoChara's Blog » Would You Come to Ireland for a Sauna?

Would You Come to Ireland for a Sauna? 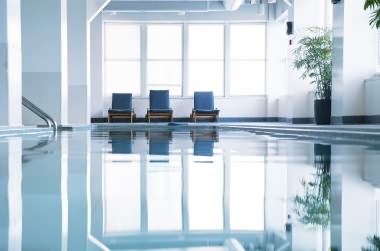 A friend of mine just won a weekend away at a luxury spa hotel in Ireland. Another person I know won a similar prize two weeks ago and I won a day at a hotel spa last month.

Is this a remarkable co-incidence or are we just an incredibly lucky group of people?

No, it’s just that there are so many of these opening lately that in the mad rush to keep their names in the public mind they are fighting like cats for every bit of available publicity.

If you are a well-heeled traveler looking for a spa holiday, the Caribbean, the Mediterranean and dozens of other places have obvious and significant natural advantages over Ireland in the jostle for your attention.

I’d say you could count the number of overseas visitors who visit Ireland because of some so-called ‘destination spa’ on the fingers of one hand. Sure, for some, staying in luxury hotels with great facilities is part of their travel plan, but it isn’t why they came to Ireland.

So largely these hotels rely on two markets – Irish weekenders and the conference trade.

Spas are hard to make money from and are often something of a loss leader, looked as a sop to the wives of the profitable conference attendees and golfers the hotel really hopes to attract. Leaving aside the misogyny of this, just how how big is that market? Not big enough it seems.

It’s late April now, not yet high season here but heading for the start of it. Every day there are radio ads offering great deals at various of these hotels, or competitions giving weekend breaks away.

The back of the Irish Times to-day, and pretty much every day, has a dozen or more ads pushing special deals throughout May, and many are offering deep discounts well into June and beyond.

They may be exclusive, world class and luxurious, but they are relatively cheap to stay in if you pick your deal. The reality seems obvious – only a few can possibly survive in the long term.

But you know, the companies that developed them don’t really care. They have no long term commitment to the tourism trade, the hotel is leased out to some management company, it’s just another property in their portfolio, another investment among many and for a time at least a nice trophy to boast about.

And, critically, they will continue to enjoy tax write offs of their capital investment for the next 25 years. Which is really what there hotels are about in the first place and explains why they are luxurious but bland, elaborately decorated but without character and why when you have seen one you have, really, seen them all.

But that said, I like luxury as much as the next person, and there are certainly some bargains to be had if you fancy a little pampering during your trip around Ireland.

Dolly Parton goes to the Pub

So, Dolly Parton came to Ireland on her holidays.

Ireland in the same way as a tourist.

As more and more countries ban cigarette smoking in public buildings, it's …

Don’t make us hate you!

In every part of the world where to which tourists travel in numbers, it's …

Have you something to add about "Would You Come to Ireland for a Sauna?"?